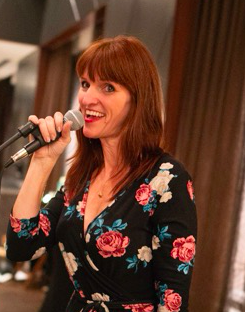 is the founder and executive director of Pen Parentis, Ltd. She co-hosts the monthly Pen Parentis Literary Salons with its current curator. An award-winning and widely-published short fiction writer, De Voe established Pen Parentis as a fiscally sponsored public art project in December 2009, after establishing and running a year of successful readings in Lower Manhattan along with colleague, friend, and former Columbia University classmate, Arlaina Tibensky. Three Pushcart nominations, two Editor’s Prizes, a few arts grants, two children, and several publications later, De Voe continues to seek balance between family and a successful writing career. She holds an MFA from Columbia and is a former actress: DeVoe still does occasional voiceover work—you can hear her as the Lithuanian voice of OnStar in your rental car. See www.mmdevoe.com for links to DeVoe’s writing and recent author news. And if you have an extra minute:  like her page on Facebook. And do follow her on Twitter her handle is @MMDeVoe and she loves to Tweet about random NYC moments. 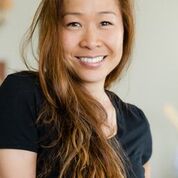 curator and co-host of the Pen Parentis Literary Salons, is the author of Troublemaker and Other Saints, published by G.P. Putnam’s Sons in 2001, and the winner of the 2015 Wai Look Award for Outstanding Service to the Arts (administered by the Asian American Arts Alliance). She has published in numerous magazines and anthologies, including Tin House, Charlie Chan is Dead 2, Not the Only One, Washington Square, and Acorn. Her writing accolades include the Asian American Literary Award, the Robert Simpson Fellowship, the Alternate Selection of the Book-of-the-Month Club; she won of the New Stone Circle Fiction Contest, won second place in the Playboy Fiction Contest, and was nominated for the Stephen Crane First Fiction Award. Chiu is one of the Founding members of the Asian American Writers’ Workshop. She judged the 14th Annual Asian American Literary Award in 2001 and served as fellowship panelist for the New York Foundation for the Arts in 2004. She received her MFA in writing from Columbia University and teaches at Hudson Valley Writers Center. If you know of an author who is also a parent whom you would like to suggest for our Salons, please email Christina at info(at)penparentis.org.  After winning the James Alan McPherson Award, her second novel, BEAUTY is due to be published this May. Follow Christina’s progress on her gorgeous author website. 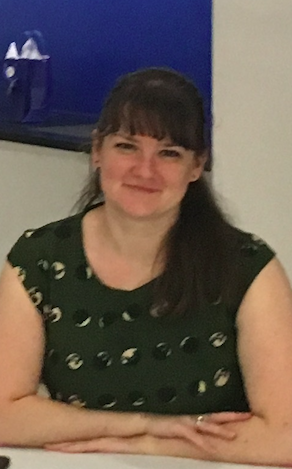 Renni Johnson was a volunteer greeter for a year before taking on the role of House Manager for Pen Parentis Literary Salons. Her life is all about books: She majored in Creative Writing at Knox College in Galesburg, IL, and she attended the Denver Publishing Institute. She writes fantasy and science fiction under the pen name, Renni Acre. Her day job is Manager of Digital Workflow Support at Penguin Random House, training editors and fixing broken manuscripts, and she’s been delighted to volunteer for literary non-profits around the country, lately as House Manager for Pen Parentis. When she’s not working, she’s writing, and when she’s not writing, she’s reading. If she’s not doing any of the above, check her pulse.

Jackie McDougall has had to take a leave of absence as our Communications Director. Jackie is an experienced IT Consultant and Ma 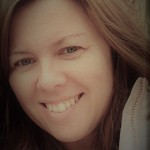 nager with over20 years’ experience in IT and software testing.  She was previously employed as Head of Test for Aegon UK, Principal Consultant with Sopra Group, and Quality & Test Manager with Initiative Software.  She has presented at the EuroSTAR Testing Conferences throughout Europe and the User Conference for Advanced Automated Testing (UCAAT) in Paris, France.  She was a committee member of the Scottish Testing Group until moving to the US, and she has published various articles on testing, business intelligence and test data privacy.  She was involved in promoting a nationwide ‘Girls in IT’ initiative in the UK, and was invited to speak at ‘Women in IT’ events at Napier University, Edinburgh.  She has BA (Hons) degree in English Language and Literature, and a Master of Science in Information Technology, both completed at Glasgow University.  She grew up in Glasgow, Scotland, and is married with two boys.  Now living in Princeton, New Jersey, she enjoys spending time with her children, running and going to the gym, drawing, cooking, and reading.   She also volunteers at a local reading studio providing audio/e-books for people with dyslexia and visual impairment. 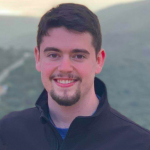 Allan Krasner is our app developer. He is currently a graduate student at Pace University pursuing a Master’s degree in software engineering. His goal is to become a Project Manager to develop meaningful projects with a dedicated team. Tasked by Dr. Jonathan Hill of Pace University to lead the development project, he worked with a team of several excellent Seidenberg students to create the Pocket Pen by Pen Parentis app launching in 2020. His time within Seidenberg has mostly been devoted to teaching people as well as honing their skills. He hopes to continue changing people’s lives and learn along the way.

Lisette Boer manages our Instagram and our Facebook Stories and is an all-around helper whenever things need doing. She is a graduate student in poetry at The New School.

Brook Yimer is currently running our IGTV. He lives in Washington, DC and is a student of medicine and biological sciences with a penchant for video editing.

Vida Foubister is a talented Canadian & American writer-mom who lives outside New York City but LiveTweets our Literary Salons as if she was in the room with us.

Many thanks to our former Director of Research Initiatives, Mary Harpin, who is also a poet and a freelance digital storyteller. Mary lives in Colorado with her husband and two daughters and took a year to interview many of our past writer-parents about their needs and means of coping. Find the interviews on this website and in our forthcoming book. We are grateful for her help. Need some content marketing strategy work or writing done? Check out her firm!

PEN PARENTIS is a federally recognized 501(c)3 non-profit arts service organization. Contributions to PEN PARENTIS are tax-deductible to the extent permitted by law.

WE SEEK SMART VOLUNTEERS WITH EXPERTISE IN RUNNING A BUSINESS OR NONPROFIT!

We are also looking for eight board members with the capacity to give both resources and knowledge to make Pen Parentis fully sustainable. Is this you? contact Milda through this website or at mm (at)   penparentis.org

No time? Please donate to keep the Pen Parentis Literary Salon alive. This one-of-a-kind reading series is run primarily on donations from readers like you. No amount is too large or too small. One click (and a valid credit card) is all it takes.

Your donations help keep this unique literary project going strong. Please note that writers who are also parents who donate $150 or more (as monthly membership or as outright donations) may contact us and request we add their headshot and writing bio to our growing list of Pen Parentis Authors. Thank you for your support!

Pen Parentis Literary Salons are made possible in part with public funds from the Manhattan Community Arts Fund, supported by the New York City Department of Cultural Affairs and administered by the Lower Manhattan Cultural Council. They are also funded in part by Poets & Writers, Inc. with public funds from The New York State Council on the Arts, a state agency, and by a generous one-time grant from the Sustainable Arts Foundation in California. We thank our sponsors and urge you to support the arts!