Co-hosts M. M. De Voe and Christina Chiu will moderate as these three eminent authors who have thriving literary careers—and children!–join the discussion of work-life balance. Pen Parentis is an inclusive space, celebrating parenthood as a life event that happens to you and writing as a career in the arts that you make happen.

PLEASE NOTE: this salon is sponsored by Westfield WTC and will be held in the glamorous Oculus in Lower Manhattan! 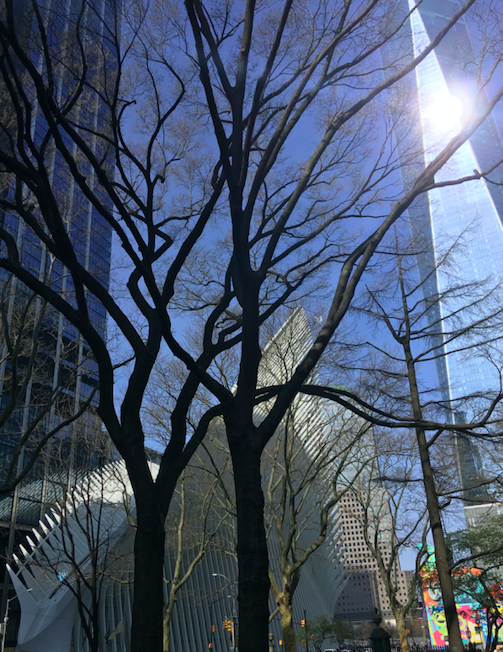 The Oculus is accessible by nearly all trains. The 1 train to WTC exits right into the center of it. The R/W to Cortland also have direct exits into the Oculus. The E train at Chambers connects. The PATH (obviously) does too! The 2/3/4/5/A/C/J/Z to Fulton all connect underground to the space.  So no matter the weather, we expect you!

Directions to the Pop Up Space:

From the center of the Oculus, head to the South Concourse between London Jewelers and Roberto Coin and the Westfield pop up space will be on the left across from Sephora.

Come early and shop!! In addition to the excellent selection of boutiques, there’s an Apple Store, a Sugarfina (free samples! yay!), and of course the magical Eataly Downtown. The Tuesday Farmer’s Market in the Oculus will be running until 6pm and you can get a fantastic cup of coffee (or happy hour glass of wine!) at Epicerie Bouloud.

Celebrating ten years of Downtown literary salons that feature the diversity of writing by authors who also happen to have kids, Pen Parentis is a 501c3 literary nonprofit that helps writers stay on creative track after they start a family. All events are on the second Tuesday of the month.

There is no admission charge, though a voluntary $10 donation to Pen Parentis is warmly appreciated.

And you? Will you donate to keep this series alive and strong for ten more years to come?

All about #AWP23 in Seattle

Beloved Writer-Parents who attend the annual AWP writing conference! Pen Parentis is heading to Seattle!! First off - please please please stop by our table T616 ! We will have...

Do you write about Parenthood or Parenting?

A solid portion of our membership supplements creative income (or other job income) by writing nonfiction articles and/or essays about various aspects of Parenthood or Parenting. If this description fits...