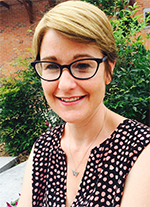 Orli Van Mourik writes fiction and nonfiction and holds a Master’s in Journalism from NYU. Orli’s nonfiction has appeared in outlets ranging from Psychology Today to Discover Magazine and has been anthologized in The Open Laboratory. She has studied fiction with authors as diverse as Dana Spiotta, Ted Thompson and Emma Straub and is an alumna of the Tin House Writers Workshop. Her literary criticism and interviews have appeared in The Brooklyn Rail and Brooklyn Based. She teaches fiction for the Sacket Street Workshop and is working on a novel.

Book reviews in the Brooklyn Rail and Downtown Express.