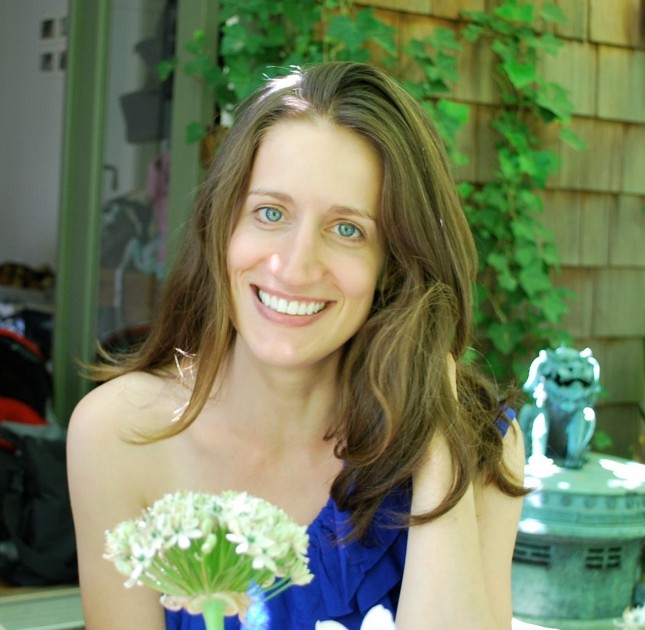 “Right now I’m breastfeeding and typing with one finger… [Do] everything in moderation. Do a little bit of everything consistently. Don’t give up. Keep making lists and finish them.”

PP: Describe your life in the context of writing and parenting.

Having a five year old, newborn, and blossoming writing career, I’m learning that every second counts and not to waste a minute. I have a constant To Do List that gets done. Some days, our three-story walk-up apartment is dusty and dirty, but I’m very organized. If I don’t have that order I feel like I’ll go insane. I’m always thinking of ways I could be more efficient, thinking ahead, and the consequences of my actions or inaction. Translation: No sleep in Brooklyn!

Before the newborn Clover arrived, I wrote every day for three hours. Now I’m writing between breastfeeding. So, three minutes every hour. Ha, ha! Does email count?

HK: Introducing books to my five year old Daisy. Seeing her eyes light up when I read Peter Pan and The Wizard of Oz. Every day, she yells at me, “Read! Read!” Also, leading by example and seeing the effects. She’s attended my literary readings and I’ve talked to her about my process, doing the work no matter what.

“The most rewarding thing about being a writing parent is that even though I can’t have it all at once, if I focus and space it out, I can accomplish my goals.”

She can tell by my devotion to my work that it’s rewarding and fulfilling. I’m not in another world when I’m writing. I choose to be present and share the joy of reading and writing with her. Most days, she sits at her small, kid table, and either “pretends” to read books or writes letters to her friends. She has told her teachers at school that she wants to be a writer and have babies. Daisy is quite remarkable and showing her that being a parent who writes is empowering for both of us.

The most rewarding thing about being a writing parent is that even though I can’t have it all at once, if I focus and space it out, I can accomplish my goals.

PP: What’s challenging about being a parent who writes?

HK: There’s very little time to do it all. I’m addicted to reading the New York Times on-line. It’s easy to procrastinate when I want to read so many articles and then share them on Facebook. I need more self-discipline.

PP: What’s your advice for other parents who write? What helps?

HK: Vodka! Kidding. Right now I’m breastfeeding and typing with one finger. To answer the question, everything in moderation. Do a little bit of everything consistently. Don’t give up. Keep making lists and finish them.

My husband is supportive and helps out as much as he can. Thank goodness for Universal Pre-K for my five year old.

Don’t compare yourself to other writers. You know, the type A personality who obsessively churns out work, respond to emails immediately, and probably has a nanny to help out. Do things your way, prioritize, cut out toxic friendships, be selfish with your time except when it comes to your kids, don’t answer the phone or text except when absolutely necessary. You can’t be everything to everybody, and don’t apologize.

In the beginning, I wish I would have known how exhausting writing and parenting can be when combined.

My tip? Mix with drinks. Ok, clearly I’m craving a vodka tonic. Instead I’ll have another coffee and mini chocolate. In all seriousness, pace yourself. Writing and parenting is a marathon and you don’t have to win every day. Just complete the course and keep going.

PP: How has parenting and writing changed as your children have grown?

My writing has evolved to include my children and my legacy. Someday, I want both of my daughters to read my writing and have a better understanding of me and motherhood in this age. I want my daughters to know that there were moments of great emotion (by the entire family), but that they were and are the most exhilarating times of my life.

Heather Kristin, a New York-born and home-schooled memoirist and novelist, has written for Glamour, Huffington Post, Salon, Slate, Smith, St. Petersburg Times, The L Magazine, Narrative, New York Press, West Side Spirit and for the anthology LIVE AND LET LOVE (Simon and Schuster) which was featured on Good Morning America and reviewed in Kirkus. She has been interviewed by Oprah live on-camera, in Elle Magazine, on Latino NPR, and on Huffington Post Live with host Nancy Redd.

Before graduating from The New School University and attending the Royal Academy of Dramatic Arts in London, Heather worked at an amusement park, as an actress, on an NBC reality show, on SEX AND THE CITY as Kristin Davis stand-in, as a composer for film and theatrical productions, as a playwright, a Park Avenue nanny, a subway busker, a cocktail waitress, and got fired from too many restaurants to list.

Heather has been honored by the State of New Jersey for mentoring at-risk teen girls, for almost a decade, with Girls Write Now.  She’s thrilled to be a speaker at The International Intergenerational “Informed and Strong” Summit for Woman and Girls at the Omni New Haven Hotel at Yale on Oct. 24th, 2015.  Heather teaches violin and lives in Brooklyn with her husband and two daughters Daisy and Clover.

Read Heather’s essay “My mother, alone in the woods” on Slate.com, and follow her on Twitter @HeatherRKristin. 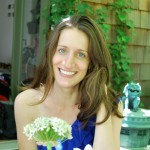 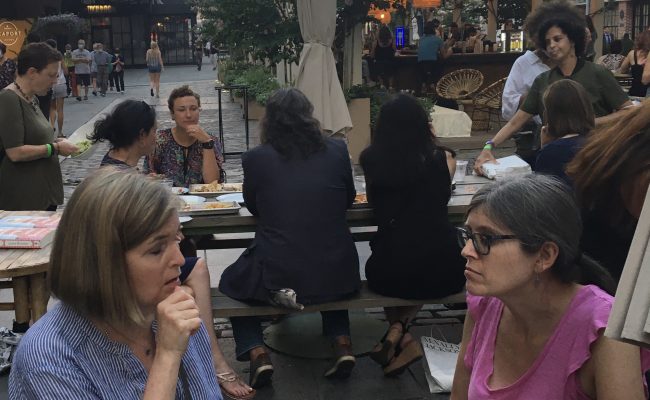 SIGN UP NOW for our newest ACCOUNTABILITY groups in TWO WAYS: join as a title member -- this starts at $10/month and your accountability group is INCLUDED. donate $120 and...