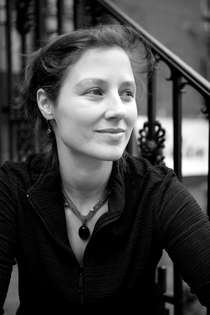 “What’s awesome about writing/parenting is that it’s easier to do 100 things than 5, so while having the kids keeping us busier than I thought a person could be, it makes me waaaaayyyy more efficient.”

~Daphne Uviller, author of Wife of the Day

DU: I have two kids, but it feels like five. In fact, a friend with four children (masochist) once dropped by solo and after half an hour, in his quiet Texas drawl, he kindly observed, “Your kids really are pretty loud.”

My daughter, a sixth grader – we just landed on Planet Middle School this year — is 11 going on 27.  I know everyone says that about some girls, but really, everyone says that about her.  More than two people (see how I didn’t exaggerate there?) have also commented, “She’ll be a CEO someday.” Personally, I don’t think that’s a compliment, but it does look like she’ll make more money than a writer does.

To steal my husband’s line – you know all writers are, by definition, liars and thieves, right? —  this new generation of vocal, confident girls is in no need of Sheryl Sandberg’s book. Instead of Leaning In, we, their parents could use a book called Back (the f) Off.

My son is a third grader and he says approximately one word to her four, and most of those he gets out while she’s at sleepaway camp. Despite all attempts to be true to my liberal bona fides, my kids are cut from pink and blue molds straight out of Mad Men: my daughter is a ballet dancer and a performer, talks about all her feelings at every moment, spends a lot of time looking in the mirror, wants to babysit and shop. My son is science strong, speaks math like a first language, was issuing driving directions at age four, and likes machines. He plays hockey and dings up the walls and furniture with his energy.

That said, she loves to get dirty, and he loves musicals, so we’re not a complete disgrace to our species.

Professionally, writing is it. I never know whether to tell people I’m self-employed or unemployed. It’s a fuzzy line for a novelist. When I worked for magazines, I didn’t feel sheepish when I called myself a writer. But now, when a book only comes out every few years – because there were television pilots and pitches that never came to fruition, drafts that were shelved, you name it – I feel like I’m flat out lying.

But the other thing that gobbles my time is volunteering.  A friend of mine once dismissively called herself a professional elementary school volunteer, but I think we need to imbue new respect into those unpaid positions.  I work hard for Planned Parenthood, for my kids’ schools, and for a theater company on whose board I serve. As for Planned Parenthood, in addition to it being an organization I’m passionate about, it’s also my emotional / professional backup: if the day comes that I have no more story ideas, no more books or scripts percolating, that’s the day I go take a paid job at Planned Parenthood and never look back.

A native New Yorker, third generation Village and a writer who writes, to date, only about Greenwich Village, I was dragged out of NYC eight years ago kicking and screaming to what I thought was suburbia. But then two weeks ago, we moved to a place that is ACTUALLY suburbia and I confess I love it.

DU: “Schedule” and “routine” are two things I aspire to. Here’s what I tell myself is my schedule:

I do, in fact, always get dressed, brush my teeth and 90% of the time make the bed (which just involves pulling the comforter up and over; no fancy pillows, you understand) immediately upon waking, all of which makes me feel ahead of the game. That advantage is lost pretty quickly around the time I’m making lunches and cursing like a general running a failed military maneuver, which is what every school morning feels like. My husband and I play zone defense in the morning – one of us covers the bedrooms (up, dressed); the other covers kitchen activities (breakfast, lunch). The kids get off to school, the husband goes off to that nice job that keeps us in health insurance (thank you, honey), and when I’m deep in a book and on a roll, I do actually pack up my laptop and head right out to the café or library and dive in.

But it’s only every few years that I’m on a roll, mind you, so other times, I bullshit around the house, doing things that absolutely do need doing but that if I do too much of them, feels like I’ve eaten a bag of candy – felt great while I was eating it, but now I just feel kind of sick and unfulfilled. So, every single solitary day I try to get up and out and leave dishes unwashed, nerf bullets and sparkly things underfoot (nerf bullets at least much less painful to step on than legos were), and get the hell out, and I’m always, always happy when I do.

I turn on Freedom as soon as I can, and if I don’t, my writing suffers. Because once I’ve jumped on that train of tasks, it’s hard to get back on track. I really believe that my mind fragments if I start the day with chores – whether out in the world, online, or in the house. A different set of neurons starts firing, one that gives me an adrenaline rush, and it’s hard to get back to the sedate, even soporific work of eeking out a tale.

I generally don’t do weekends and I’m teary with exhaustion after 8pm, so I’m not one of those admirable sorts who squeezes in the writing around other responsibilities. I’m a 9-5er. Or really, on a great day, an 8:30-1:00-er.

PP: Tell us about your support system. What helps?

DU: I was born lucky. We have enough money that I can afford not to have a regularly paying job and can also hire sitters. I have in-laws and a mother who help with childcare, and a great network of friends and neighbors who will let me foist playdates on them when needed.

After I found myself squeezing in entire books between dealing with kids, I wondered why I hadn’t squeezed out an entire series before kids.

And even so, with all this available to me, I feel as though I spend as much time doing scheduling acrobatics to afford me time to write as I do actually writing.

I also have a husband who is truly supportive and proud of what I do, and who takes my time very seriously. That said, he is the one with a real job, with other grownups depending on him, and a salary that supports us, and I believe that, when scheduling push comes to juggling shove, his job takes priority over my making art. I’m okay with that. He’s not. Which is very sweet.

DU: What’s awesome about writing/parenting is that it’s easier to do 100 things than 5, so while having the kids keeping us busier than I thought a person could be, it makes me waaaaayyyy more efficient. After I found myself squeezing in entire books between dealing with kids, I wondered why I hadn’t squeezed out an entire series before kids.

Writing satisfies me and completes me. I’m very fortunate that I know what makes me happy and fulfilled.

So, being a parent has focused me. Sometimes that’s a true statement, sometimes it’s not.  Okay, let me interrupt myself right here to say that it has taken me weeks to get to this questionnaire, and then days, and then hours, and even after I turned on Freedom, even after starting this sentence, I switched back to my to-do list three or four times. Follow up on that pediatrician referral, look into piano lessons. “Look into” – we parents need to explore the gluey weight of this shapeless, aspirational, doomed self-directive.

I will also say that ANY additional human experience makes one a better writer. So, while there are days I wish I hadn’t had kids – and there are – the more I experience, whether it’s joy, tragedy, anxiety, then the more arrows I have in my quiver for pinpointing a particular emotion of a particular character. I’m even grateful for a couple of miscarriages (I wasn’t at the time) because now that’s one more human experience I can relate to, examine, work into my writing.

My advice/reassurance/tips: Bribery is OKAY! For instance, just this moment, I gave my son a dollar to go walk the dog.

I have an awesome work/life balance, and I know very few other women or men who can say that. It turns out I like managing my household, which I think dismayed my mother at first, as she was one of the first beneficiaries of 2nd wave feminism.  But if that’s all I did, I think I’d become mired in minutiae.  Writing satisfies me and completes me. I’m very fortunate that I know what makes me happy and fulfilled. I don’t doubt for a minute that this was what I was meant to do. And if that changes, I’ll run with it.

PP: What’s challenging about it? What do you need?

DU: My advice/reassurance/tips: Bribery is OKAY! For instance, just this moment, I gave my son a dollar to go walk the dog – which he’s supposed to do anyway, and usually does – just so I could finish this questionnaire. Sugar is a legitimate currency, too.

Television is OKAY! One might even posit that plugging them in to a show or movie so you can finish writing a paragraph is immersing them in storytelling. You remind yourself how much great stuff is on TV these days. (I won’t say the same about video games.)

I don’t know what other advice to give, since everyone’s situation is different. Different spouses, no spouses, different financial situation. Mainly, ask for help with childcare, paid or unpaid.

Daphne Uviller is the author of the novels Wife of the Day,Hotel No Tell and Super in the City – the Zephyr Zuckerman series — which were optioned for television by Paramount Pictures and Silver Lake Entertainment. She is also the co-editor of the anthology Only Child: Writers on the Singular Joys and Solitary Sorrows of Growing Up Solo. She is a former Books and Poetry editor at Time Out New York, and her reviews, profiles, and articles have been published in The Washington Post, The New York Times, Newsday, The Forward, New York Magazine, Allure, and Self, for which she wrote an ethics column. She lives in Sleepy Hollow, NY with one husband, one dog, and two children. 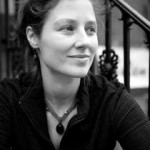 Our weekly Writer-Parent Accountability Meetups are now entirely virtual! Choose the weekly time that works best for you and contact us to ask for the proper Zoom link. All participants...

TO RSVP TO ANY OF OUR SALONS, please visit the page "who's reading next" on the Literary Salons tab of this website. Or just click here.  For 2020-2021 our...

Pen Parentis is delighted to announce the winners of our Tenth Anniversary Writing Fellowship for New Parents. First let us congratulate every single writer who managed to complete a sentence...