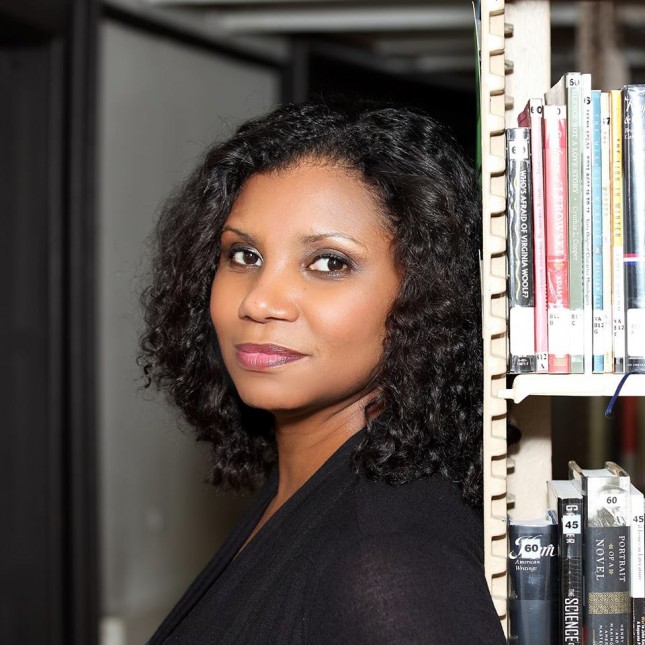 “Parenting and writing to me are inseparable by circumstance, and to put them in two separate notebooks can rob me of wonder.”

~Nelly Rosario, Author of Song of the Water Saints: A Novel (Pantheon)

NR: My life’s pretty exciting to me, boring to most. I work from home on various writing and research projects, traveling for meetings every few weeks. For six years, I’d taught in Texas State University’s writing program. The two main reasons I decided to leave: daughter and writing.

“I don’t have a writing routine, but I’m always writing—in my head, on napkins, in email, text, posts, notes to damn self to stick with the writing routine you promised last month.”

My daughter was just about to enter high school; I needed to focus again on writing. We were both struggling to assert ourselves as individuals and to connect culturally in a generally homogenous environment. Adolescents and single women need tribe, and ours was over 1500 miles away. So I said eff it and decided to move back to New York and in with my parents. Some thought I was shooting my career in the foot, but whatever. Strong family support was how I was able to stand on my feet as a writer in the first place.

We live in Williamsburg, Brooklyn, where I was raised (in its era of affordability). Moving into the smallest room in the house meant having to edit my life. I sold almost my entire library, got rid of furniture, even burnt journals. It’s been purifying.

NR: I write past midnight, sometimes in the morning, if I have a particularly vivid dream. Daytime is for jobs, research, personal admin, grown people stuff. What sucks about going owl is trying to get up early to prep the kid for school or self for the grown people stuff.

“My writing routine has fluctuated over the years. It probably coincides with the growth chart on her medical card.”

As a single parent, I’ve tried to raise my daughter to be as self-sufficient as possible. Learn to make breakfast without burning down the kitchen, in case I oversleep. Pick up after yourself. We’re a team here. Of course it’s a work in progress.

I don’t have a writing routine, but I’m always writing—in my head, on napkins, in email, text, posts, notes to damn self to stick with the writing routine you promised last month.

My writing routine has fluctuated over the years. It probably coincides with the growth chart on her medical card. When she was a toddler, I’d pack snacks and a notebook, take her to the playground, where she’d [run] herself ragged as I line-edited scenes 2-10 of Chapter 1a.

Once my daughter entered school, childcare got easier. But there’s an inverse proportion between the physical and psychological demands of parenthood. As she got older, I had to be more emotionally present for homework help, heart-to-heart discussions, and the like. So I made it a point to be present in the evenings. This meant dinner, helping her with math, marking papers in between, reading together before bed. After she was asleep, I’d continue marking papers and, on a good day, write until late.

NR: I rarely apply to residencies because my best, most steadfast support and resource have been my parents. I see them as writing parents in that they write through their life, whereas I live through my writing.

Parenting and writing to me are inseparable by circumstance, and to put them in two separate notebooks can rob me of wonder.

I’m flashing back to when my daughter was in first grade, and she begged me to serve as chaperone on a class trip to the New York Hall of Science. The night before the trip, I of course get struck by lightning, this idea for a scene involving cow-eye dissection. So I stay up crazy late, doing online research. The momentum’s still there in the morning, but I have two lunches to pack and cheery-chaperone face to put on. I’m one of just three parent chaperones on the bus ride to the museum. My daughter beams; I’m a total grouch. The kids are rowdy, and the bus driver’s driving with Tourette’s foot. At the museum, a volunteer chirps on about how much fun we kiddies are in for. Right as I give him the side-eye, he describes the demo we’re scheduled to see: a cow-eye dissection.

That lesson was a gift. Parenting forced me out of the solitary confinement to a computer screen. It opened me up to the experience of sharing my curiosity with my daughter. We squealed on learning that cow eyes aren’t as squishy as we thought. We were able to see up close how much the lens, retina, optic nerves and other parts actually resemble the inside of a camera once they’re laid out on paper.

“What I need is not to feel guilty. Not to inhabit the double-consciousness of having the urge to write when I’m with her, then feeling guilt over not being with her when in the space to write.”

What’s most rewarding about being a writing parent: learning to chaperone by letting your creation be your guide.

PP: What’s challenging about it?

NR: Writing is the sibling who vies for attention—but its hair can’t be pulled when Ma’s not looking. So my daughter’s been incredibly patient all her life, through the deadlines and readings and absences and relocations.

What I need is not to feel guilty. Not to inhabit the double-consciousness of having the urge to write when I’m with her, then feeling guilt over not being with her when in the space to write.

I wish I would have known how to better experience parenting and writing in parallel. Both are about surrender—of the heart, of the ego, of time and expectation. Both insist you listen closer to life, especially when the messenger’s finding every stupid excuse not to go to bed. You can’t be stingy with storybooks. You can’t be stingy with time. And no matter how much you think you can possess the wondrous creature you made, you’re not the boss of her.

She just blew out sixteen candles. She has her own calendar and preoccupations now. We brainstorm. She’s my bullshit meter and compass, is quick to tell me when I’m ‘being boring’ or ‘too teachery’. Her dyslexia has influenced my play on language—but like the doctor’s kid who’s always sick, she reads everything but my writing. I definitely think deeper about the messages I put out into the world, imagine her as my audience.

Things have to shape-shift, she says, time has to travel. I’m learning. What she and all readers ask of a story is change.

Nelly Rosario is the author of Song of the Water Saints: A Novel (Pantheon), winner of a PEN/Open Book Award. She holds an MFA in writing from Columbia University, where she met Pen Parentis founder MM Devoe and curator/co-host Christina Chiu. Her work appears in various anthologies and journals, including Callaloo, Meridians, Review, Chess Life, and el diario/La Prensa. Rosario holds an MFA from Columbia University. She was formerly on faculty in the MFA Program at Texas State University and currently does writing and research for the Blacks at MIT History Project. Her other writing projects include collaborating on desveladas, a writing collective engaged in visual conversations across the Americas. Rosario lives in Brooklyn, NY with her teenaged extraterrestrial Olivia, who begs not to attend readings.

The Pen Parentis Research Project is a series of interviews with parent authors in order to learn how they mange time, publish, earn a living, nurture creative community, and care for their kids. Managed by Mary Harpin, the project will culminate in a book with stories, data, and helpful information that other parent writers can apply to their own busy lives. 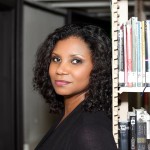 All about #AWP23 in Seattle

Beloved Writer-Parents who attend the annual AWP writing conference! Pen Parentis is heading to Seattle!! First off - please please please stop by our table T616 ! We will have...

Do you write about Parenthood or Parenting?

A solid portion of our membership supplements creative income (or other job income) by writing nonfiction articles and/or essays about various aspects of Parenthood or Parenting. If this description fits...