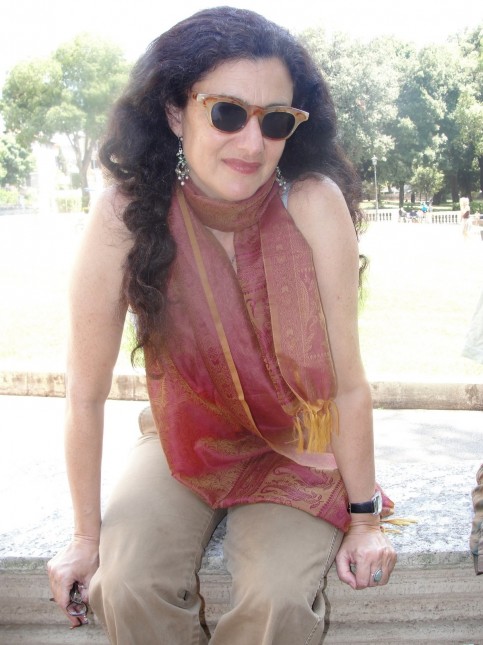 One of the most rewarding parts of being a parent is that it forces you to realize the world is bigger than your own vision of things.”

SD: It may sound like an eye-rolling cliché, but I confess I live in Brooklyn; though if it gets me off the hook, I moved here many years ago, when friends would hesitate and say, I have to change trains twice and then take the F how far? I’m a single parent and have one son who is now 21 years old.  I also teach. My son and my own work are the main focus of my life. Most everything else has proved to be precarious and unreliable.

SD: I usually write very early in the morning, getting up at six, sometimes earlier. That habit began before my son was born and continued afterwards, at first before he was awake, before he had to be taken to school. Now that he’s in college, it’s just me and the cat. Some days I have to go into work, but on non-teaching days, I’ll keep going.

In the early years, you think you’ll never get that single-minded focus back, but then you do.

SD: I have wonderful friends who were very supportive and continue to be close to me and to my son. One of the most rewarding parts of being a parent is that it forces you to realize the world is bigger than your own vision of things. I’m not advocating that everyone should have children, and there are plenty of self-absorbed people who do, but the other person in the house, for me at any rate, came first. I knew we only had a limited amount of time together before he grew up and would have his own life, so for better or worse, my work took a backseat for those years. Also, you get to revisit the books and movies from your own childhood.

PP: What’s challenging about it? What do you need?

SD: What would have helped in the early years was childcare and the resources for it. On the other hand, I’m very glad we had all that time together, because they grow up with complete finality, and you never get those years back.

SD: I’m reluctant to give advice to anyone. Everyone has their own needs, limits, and resources. I can talk about how my writing changed from the very beginning to the present. My son, like many kids, maybe especially boys, liked super-hero stories, comics, stories that were primarily action-driven. My second novel, THE COLORIST, written years before he was born, was about two women who worked on a serial action comic, but that kind of super-hero stuff – nothing could be further from what I do – but it made me stop and question the engines behind my fiction that had been so informed by postmodern thinking. Why not throw all that, or chunks of it, out the window, and see what happens?

SD: In the early years, you think you’ll never get that single-minded focus back, but then you do, and you walk around your neighborhood seeing kids in Halloween costumes, running around in the park, grabbing ice cream in the $%# Food Co-op and you think, when did I surrender my passport to that country? And then you move on.

Susan Daitch is the author of five works of fiction, and her work was the subject of an issue of “The Review of Contemporary Fiction” along with David Foster Wallace and William Vollman. She has been the recipient of two Vogelstein awards, research grants from NYU, CUNY, was awarded a 2012 Fellowship in Fiction from the New York Foundation of the Arts. Her novel, L.C., won an NEA Heritage Award and was a Lannan Foundation Selection. She lives in Brooklyn with her son and teaches at Hunter College. 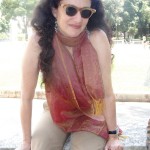 Congratulations to everyone who applied to the Pen Parentis Writing Fellowship for New Parents! We have made our selection from the many worthy short stories that were submitted this year…....

MEET US AT #BKBF

Pen Parentis is having a citywide meetup of Writer Parents during the Brooklyn Book Festival this year! Don't worry - we're keeping it civilized! Indoors at Barbes in Park...