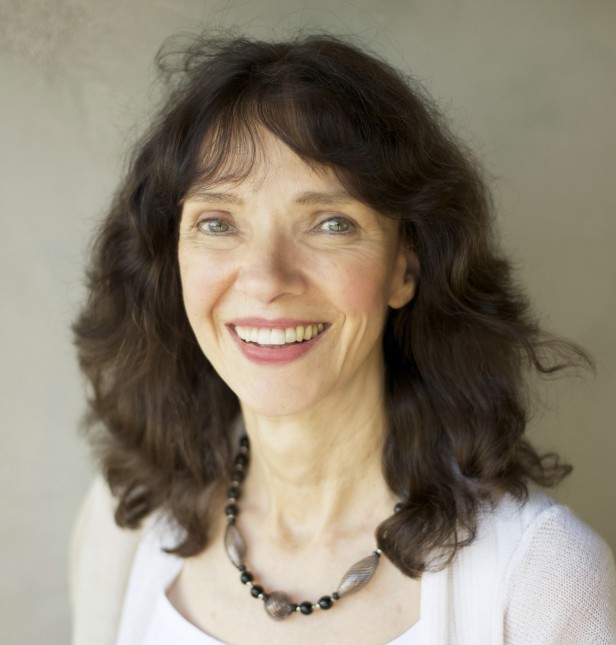 “My writing helps all of us to better remember and understand the events of our lives and our emotional responses to them.”

-Lucy Day, Author of Married at Fourteen: A True Story

LLD: I have always lived in the San Francisco Bay Area. My first daughter was born when I was 15, my second when I was 26, and much of the time, I was a single mother. For about 30 years I had to balance school, jobs, motherhood, and writing. During that time I finished high school and college, earned an MA in zoology and a PhD in science/mathematics education, and held various jobs, including math/science specialist in a public school district, community college instructor, technical writer, and science writer/editor at a national laboratory. After my daughters were grown, I earned an MA in English and an MFA in creative writing and worked for 17 years as director of the Hall of Health, an interactive museum in Berkeley, before finally being able to work full-time at my creative writing.

“As the grandmother of four, I baby-sit often, and the new millennium has brought me a cornucopia of new opportunities to balance writing time with time spent caring for children.”

My younger daughter, Tamarind, is now 40. My older daughter, Liana, would be 51, but she died of non-Hodgkin’s lymphoma in 2013. Each of them had two children, a boy and a girl, who now range in age from 4 to 12. As the grandmother of four, I baby-sit often, and the new millennium has brought me a cornucopia of new opportunities to balance writing time with time spent caring for children.

LLD: When my daughters were small, I wrote primarily at night after they went to bed or while they were at school if I had the day off from work or my own classes. Sometimes I wrote until 1:00 or 2:00 in the morning. As my daughters got older and I started working full-time, I got into a routine of writing on weekends and holidays. I found I was more alert and productive working in the morning than I had been during the years of writing at night. Now I’m in the habit of answering email in the morning and writing in the afternoon. It would probably be better to do it the other way around, but I’m always curious to check my email and usually end up doing that first. I don’t write every day, and I find that I spend as much time on the business of writing­—such as submissions, interviews, readings, and social media—as I do on my creative work.

Most of my time with my grandchildren now takes place at night and on weekends. My third husband, Richard Michael Levine, is also a writer, and he loves taking care of the children with me. Being with them is one of the most rewarding things that we do together. Whether we’re taking turns with the children or playing with them together, for both of us I think having a partner to share the responsibility augments the joy.

Writing about family provides another kind of record to complement the family photographs. My writing helps all of us to better remember and understand the events of our lives and our emotional responses to them. Also, in writing both my memoir and my upcoming poetry collection, Becoming an Ancestor, I had a sense of documenting family history, from our Wampanoag forebears to the European settlers from whom we’re also descended, for my children and grandchildren.

PP: What’s challenging about it?

LLD: When my daughters were young, it was challenging to get enough sleep. It was also challenging to give them as much attention as they needed while also finding sufficient time to write. My older daughter, whose father was not around most of the time, never seemed satisfied with the amount of time I could spend with her. This was neither her fault nor mine. It would have been much better for both of us if her father had been available, but he too was a kid, just 18 when she was born, and after we divorced he moved out of the state. Fortunately, my parents gave me a lot of support and often took care of Liana on weekends when I was in college.

“I found it easiest to write when I worked as a science administrator or museum director, i.e., jobs where my primary responsibilities were neither teaching nor writing.”

LLD: Think about support systems from the beginning, as part of your overall family planning process. Will your spouse or partner help equally in caring for the children? Do you have a parent, sibling, or close friend who can help? How much can you afford for childcare? It’s best to start asking yourself these questions and talking to others about how they envision their involvement as soon as you start thinking about having a child, but some of us don’t get around to these questions until we already have one or more children. If that is your situation, don’t be afraid to reach out to your friends and family or to take advantage of whatever resources to help busy parents are available in your community.

Also, think about how your day job will complement, support, or interfere with your writing. Most writers need to do something besides write in order to pay the mortgage and put food on the table with regularity. Many writers find it rewarding to teach creative writing or work for a literary press or organization. I found that technical writing and science writing interfered with my creative writing: whatever mental energy I had for writing got used up at work.  On top of that, in my free time, I found myself thinking about edits I wanted to make in the manuals I was writing or additional questions to ask the scientists I was interviewing instead of about dialogue for my short stories or images for my poems.

For me, teaching of any kind took the most time away from both my family and my writing; planning courses, teaching them, and correcting student work was a 24/7 job. A lot of people, though, are able to teach and also write. You have to figure out what works for you. I found it easiest to write when I worked as a science administrator or museum director, i.e., jobs where my primary responsibilities were neither teaching nor writing.

PP: What else would you like to add on this subject? Include anything else we should know about your life as a writing parent.

LLD: I have found it rewarding not only to write about my grandchildren but also to write specifically for them. My first children’s book, Chain Letter, was dedicated to my two older grandchildren. When the next two children came along, I realized that I wanted to write a book for them, too. It’s called The Rainbow Zoo, and I expect that it will be out in 2016.

Lucille Lang Day is the author of a memoir, Married at Fourteen: A True Story, which received a PEN Oakland Josephine Miles Literary Award and was a finalist for the Northern California Book Award in Creative Nonfiction. She has also published a children’s book and eight poetry collections and chapbooks, including The Curvature of Blue, The Book of Answers, and Infinities. Two more poetry collections are forthcoming in 2015: a full-length collection, Becoming an Ancestor, and a chapbook, Dreaming of Sunflowers: Museum Poems, which won the 2014 Blue Light Poetry Award. Her short stories, poems, and essays have appeared widely in literary magazines and anthologies, and her many honors include the Willow Review Award for Creative Nonfiction, the Joseph Henry Jackson Award in Literature for her poetry collection Self-Portrait with Hand Microscope, a Notable Essay citation in Best American Essays, and eight Pushcart Prize nominations in poetry and prose. The founder and director of a small press, Scarlet Tanager Books, she also served for many years as the director of the Hall of Health, an interactive museum in Berkeley. Her website is www.lucillelangday.com. Twitter: @LucilleLDay. 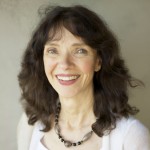