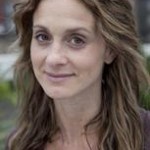 I write Short Stories, Novels.
Originally from New York, I currently live in Brooklyn. I am also a parent.

Amy Brill is a writer and producer. Her articles, essays, and short stories have appeared or are forthcoming in numerous publications including One Story, The Common, Budget Traveler, Redbook, Real Simple, Salon, Guernica, and Time Out New York. A Pushcart Prize nominee, she has been awarded fellowships in fiction by the Edward Albee Foundation, Jentel, the Millay Colony, Fundacion Valparaiso, and the Constance Saltonstall Foundation. In 2005, she was the Robert and Charlotte Baron Visiting Artist Fellow at the American Antiquarian Society in Worcester, MA. She enjoyed reading for the Pen Parentis Literary Salons. She is also the recipient of a 2002 Peabody Award for “The Social History of HIV,” an MTV documentary she researched and wrote.

As a broadcast journalist, she received a George Foster Peabody Award for writing MTV’s The Social History of HIV, and she researched, wrote, or produced over a dozen other projects for the network’s pro-social initiatives. She has also produced online projects fostering public dialogue on arts, culture, and society for PBS, The New York Foundation for the Arts, and other organizations. A native New Yorker, Amy lives in Brooklyn with her husband. They have two small daughters, neither of whom can yet tie her own shoes.

Her first novel, The Movement of Stars, was published by Riverhead Books in 2013.