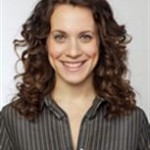 I write Short Stories, Novels, Creative Nonfiction.
I currently live in Brooklyn. I am also a parent.

Amy Sohn has been a columnist for New York magazine and has written for The Nation, Harper’s Bazaar, The New York Times, and Playboy. She has read several times for Pen Parentis Literary Salons in NYC.

Amy Sohn’s newest novel, The Actress, was published in 2014. The novel is a fast-paced, juicy tale of a New York thespian who becomes involved with a major movie star and soon begins to question her role as his wife. Set against the backdrop of contemporary Hollywood, the novel has already won praise from Elisa Albert, who wrote, “Amy Sohn’s unputdownable The Actress is like Henry James crossbred with the very best of US Weekly. An addictive saga of love, lust, fame, and friendship centered on a fascinating question: Are we who we pretend to be?” and Emma Straub, who wrote, “Amy Sohn turns her razor-sharp eye on stardom in this sexy and engaging novel. The Actress delves deep into the nature of love and marriage, and offers a behind-the-scenes studio tour of Hollywood to boot.”

In 1995 Amy graduated from Brown University. In 1996 she launched an autobiographical dating diary, “Female Trouble,” in the downtown weekly New York Press, which elicited loads of bitter invective from readers and shamed her parents at cocktail parties. She followed her stint at New York Press with a column at the New York Post in which she enraged management by comparing Mayor Giuliani to Hitler and writing an expose on the Yankees locker room.

Her first novel, Run Catch Kiss, was published by Simon & Schuster in 1999. In 2000, Amy co-created, wrote and starred in one of the first original programs to air on Oxygen, “Avenue Amy.” In August 2001 she landed at New York magazine, where she was a contributing editor for six years, writing the columns “Naked City,” “Mating,” and “Breeding.”

In September 2004 her second novel, My Old Man, about a May-December relationship between a rabbinical school dropout and an aging screenwriter, was published by Simon & Schuster. Prospect Park West, Run Catch Kiss and My Old Man have been or will be translated into ten languages.

In 2009 her third novel, Prospect Park West came out.

In 2012 the sequel to Prospect Park West, Motherland, was published.

As a freelance journalist she has written for the New York Times, The New York Times Book Review, Slate, Details, Harper’s Bazaar, Elle, Men’s Journal, Playboy, and many others.

Amy has written two screenplays, Spin the Bottle, which you can stream right now for $3.99, and Pagans, which premiered at the Hamptons International Film Festival and probably will not be released. She has written television pilots for HBO, ABC, and Fox.

Her favorite writers are Laurie Colwin, Hilma Wolitzer, Charles Bukowski, Nathanael West, Susan Minot, Mary Gaitskill, and Bruce Jay Friedman. Her favorite films include Gregory’s Girl, The Landlord, The Apartment, and Together. As a child she was taken to the filmsKramer vs. Kramer, Heartland, Splash, Heart Like a Wheel, The Magical Mystery Tour, and Mr. Hulot’s Holiday. She loves Loudon Wainwright. She has strong biceps but weak abs. She is aware that her inspiration for this list was the Kevin Costner speech in Bull Durham. She has had sexual fantasies about Richard Ford and they were productive. If she could switch careers she would be a Broadway musical theater producer or a sommelier. She dresses to the left. She believes that when it comes to hair highlights, cheap is expensive. Her favorite joke is, “What’s the difference between a Jew and a Gentile? A Gentile leaves without saying goodbye and a Jew says goodbye without leaving.” She also enjoys a very tasteless Katharine Hepburn joke whose punchline is, “How do you turn it off?” Her favorite candy is York Peppermint Patties and she always has a knot in the same section of her hair when she wakes up.