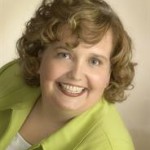 I write Short Stories, Creative Nonfiction, Memoir, Other.
Originally from Toronto, Ontario, Canada, I currently live in Peterborough, Ontario, Canada. I am also a parent.

She has created and delivered parenting courses for high-profile websites such as WebMD and AOL as well as on behalf of government clients and Fortune-500 companies.

“Literary Brainchild: Brain, Child: The Magazine for Thinking Mothers.” O’Reilly, Andrea. The 21st Century Motherhood Movement: Mothers Speak Out on Why We Need to Change the World and How to Do It. Toronto: Demeter Press, 2011.

“As Great As Trees.” Anderson, Kyra, and Vicki Forman. Gravity Pulls You In: Perspectives on Parenting Children on the Autism Spectrum. Woodbine House, 2010.