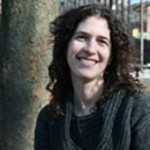 I write Novels and Short Stories.
I currently live in Brooklyn. I am also a parent.

Anna Solomon’s fiction has appeared in One Story, The Georgia Review, Harvard Review, The Missouri Review, Shenandoah,and elsewhere. Her stories have twice been awarded the Pushcart Prize, have won The Missouri Review Editor’s Prize, and have been nominated for a National Magazine Award.

Her essays have been published in The New York Times Magazine, Slate’s Double X, and Kveller.

Previously, Anna worked as a journalist for National Public Radio’s Living On Earth, where she reported and produced award-winning stories about the impacts of environmental policy and politics.