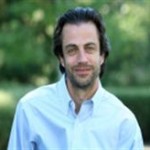 I write Novels, Plays, and TV Scripts.
I currently live in New York. I am also a parent.

Born in Minneapolis and educated at Harvard, Arthur Phillips has been a child actor, a jazz musician, a speechwriter, a dismally failed entrepreneur, and a five-time Jeopardy! champion.

His first novel, Prague, was named a New York Times Notable Book, and received The Los Angeles Times/Art Seidenbaum Award for best first novel. His second novel, The Egyptologist, was an international bestseller, and was on more than a dozen “Best of 2004” lists. Angelica, his third novel, made The Washington Post best fiction of 2007 and led that paper to call him “One of the best writers in America.”  The Song Is Youwas a New York Times Notable Book, on the Post‘s best of 2009 list, and inspired Kirkus to write, “Phillips still looks like the best American novelist to have emerged in the present decade.”

His fifth book, The Tragedy of Arthur, was published in 2011 to critical acclaim, including being named a New York Times Notable Book, and being shortlisted for the IMPAC International Literary Prize–with a fantastic reading at Pen Parentis!

The play taken from that book received its world premiere reading at New York’s Public Theater in 2011 and became a full stage production in 2013, under the auspices of the Guerrilla Shakespeare Project.

The film version of Angelica began production in 2013, and two other films based on his work are currently in development.  His work has been published in twenty-seven languages.

He is currently adapting his short story WENCESLAS SQUARE as a film for Amazon Original Features.

He has written for television’s Damages (FX/DirecTV) and Bloodline (Netflix), and created television series for FX Networks, HBO, and Sundance. He has further television pilots in development.

He lives in New York with his wife and two sons, and has read at the Pen Parentis Literary Salons multiple times (the first time on the same week that his novel, The Song Is You graced the cover of the New York Times Book Review).  He now holds a position on the Pen Parentis Advisory Board and is looking forward to serving as a mentor in the Pen Parentis Cycle of Support.