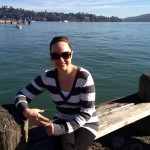 I write Short Stories, Novels, Creative Nonfiction .
Originally from Minneapolis, I currently live in Minneapolis. I am also a parent.

I was raised on the icy tundras surrounding Minneapolis, Minnesota, where snow camping for “fun and survival” is de rigeur and hotdish was haute cuisine (thankfully, true haute cuisine has arrived in Minnesota). I spent my salad days in New York, where
I worked in publishing after getting my MFA at Columbia University, before returning to the tundra to raise my family.

Ashley Shelby is the author of Red River Rising: The Anatomy of a Flood and the Survival of an American City, which was praised by Salon, the Associated Press, Philadelphia Inquirer, Library Journal, and other media outlets. Her original reporting on the Exxon Valdez litigation has been published in The Nation, E: The Environmental Magazine, and alternet, has been republished in news outlets around the globe, and has been anthologized in the I Hate Corporate America Reader (Thunder’s Mouth Press/Da Capo).

She co-founded and curated the KGB Bar Nonfiction Reading Series in New York’s East Village, where she hosted authors such as Sebastian Junger and Adrian Nicole Leblanc. Ashley, who has received the William Faulkner Award for Short Fiction and the Third Coast Fiction Prize, received an M.F.A. in nonfiction writing from Columbia University. She has also been an Artist Fellow at Blacklock Nature Sanctuary and received a Minnesota State Arts Board grant for her writing. She has received a Promise Award from the Sustainable Arts Foundation and has served as a juror for the Foundation. She was a finalist for Lascaux Review’s Prize in Short Fiction and Southeast Review’s “World’s Best Short-Short Story Contest,” the latter judged by Robert Olen Butler.

Ashley is also a Teaching Artist at Loft Literary Center in Minneapolis. She has lectured at the University of Minnesota and taught memoir writing at Minneapolis Community and Technical College. Before moving back to Minnesota, Shelby was an Associate Editor at Penguin Group (USA) Inc. in New York, where she specialized in political and social issue nonfiction, memoir, and narrative journalism. As a freelance editor, she has worked with a number of critically acclaimed authors.

Ashley recently completed her second book, Continent without Country, which will be published by Picador USA in Spring 2017. She lives in the Twin Cities with her family.

Before moving back to Minneapolis she was an editor at Penguin Group (USA) Inc., where she specialized in nonfiction, memoir, and narrative journalism. She is currently a Teaching Artist at Loft Literary Center. She lives in Minneapolis with her husband and two children.