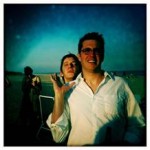 I write Short Stories, Novels.
I am originally from Cleveland and currently live in Brooklyn. I am also a parent.

Austin Ratner’s first novel, The Jump Artist, was the 2011 winner of the Rohr Prize for Jewish Literature. It was praised as “a remarkable work” by Harper’s Magazine and featured in Publishers Weekly in 2009 as one of ten promising debuts. His second novel, In the Land of the Living was  A Barnes and Noble “What to Read Next” Selection and an iTunes Book of the Month – it is “a dazzling story of fathers, sons, and brothers, bound by love, divided by history.”

His work has appeared in The New York Times Magazine and has been honored with the Missouri Review Editors’ Prize in Fiction. He attended the University of Iowa Writers’ Workshop. Before turning his focus to writing he received his M.D. from the Johns Hopkins School of Medicine and he is co-author of the textbook Concepts in Medical Physiology. He grew up in Cleveland, Ohio and now lives in Brooklyn, New York with his wife and two sons.