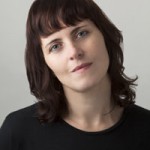 I write Novels, Memoir, Creative Nonfiction.
I currently live in NYC. I am also a parent.

CARA HOFFMAN is the author of the critically acclaimed novels, So Much Pretty and Be Safe I Love You.

Originally from Northern Appalachia, Hoffman dropped out of high school to work full time, bought a one way ticket to London and spent the next three years travelling and working in Europe and the Middle East.

In the 90s, she returned to the United States and found a job delivering newspapers which eventually led to a position as a staff reporter, covering environmental issues, politics and crime. Hoffman received no high school diploma nor undergraduate degree. She graduated from Goddard College’s Masters of Fine Arts program in 2009.

Hoffman is the recipient of a number of awards, including a Folio Prize nomination and a New York State Foundation for the Arts fellowship for her work on the aesthetics of violence. She has been a visiting writer at St. John’s, Columbia and Oxford Universities. Her essays have appeared in the New York Times and The New York Times Book Review, on NPR and in Salon and Marie Claire.

Her second novel Be Safe I Love You,was named one of the Five Best Modern War Novels by theTelegraph UK and received a Global Filmmakers Award at Sundance in 2015.

Hoffman lives in Manhattan’s Lower East Side with artist Marc Lepson. Her son is grown and flown (most of the time). She works as a writing tutor at the Lower Eastside Girls Club. She has read for Pen Parentis Literary Salons twice, the second time was shortly after this interview with George Stephanopoulos about her novel appeared on ABC News.