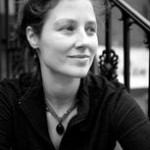 I write Novels.
Originally from New York City, I can’t bear to admit I’ve left NYC. I am also a parent.

Daphne Uviller is the author of the Zephyr Zuckerman Series: Super in the City, Hotel No Tell and, coming December 2015, Wife of the Day. The television rights to the series were optioned jointly to Paramount Television and Silver Lake Entertainment.

A former Books/Poetry editor at Time Out New York, Daphne’s reviews, profiles, and articles have been published in The Washington Post, The New York Times, Newsday, The Forward, New York Magazine, Oxygen, Allure, and Self, for which she used to write an ethics column.

Daphne also co-edited, with Deborah Siegel, the acclaimed anthology Only Child: Writers on the Singular Joys and Solitary Sorrows of Growing Up Solo.

All her books are available in paperback and e-versions.