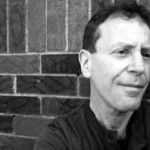 I write Poetry, Creative Nonfiction, Other.
Originally from Brooklyn, I currently live in Chicago. I am also a parent.

David Lazar’s books include Occasional Desire from the University of Nebraska Press, The Body of Brooklyn and Truth in Nonfiction (both Iowa), Powder Town (Pecan Grove), Michael Powell: Interviews and Conversations with M.F.K. Fisher (both Mississippi). Forthcoming are Essaying the Essay from Welcome Table Press and After Montaigne from the University of Georgia Press. His essays and prose poems have appeared widely in anthologies such as Blending Genres, Understanding the Essay, Metawritings: Toward a Theory of Nonfiction, Sentence’s An Introduction to the Prose Poem and The Rose Metal Press Field Guide to Prose Poetry, and magazines such as Gulf Coast, Black Clock, Sentence, Denver Quarterly, Best of the Prose Poem, and Southwest Review. Five of his essays have been “Notable Essays of the Year” according to Best American Essays. He created the undergraduate and Ph.D. programs in Nonfiction Writing at Ohio University, and directed the creation of the undergraduate and M.F.A. programs in Nonfiction Writing.

Metanonfiction: Towards a Theory of Nonfiction, Ed. Jill Talbot: “On Dating,” forthcoming University of Iowa Press, 2012.

Denver Quarterly: “The Stranger on K Street,” and “At a Diner Near Thebes,” Summer 2012.