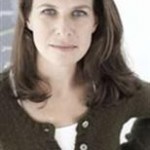 I write Novels, Creative Nonfiction, Memoir, Other.
Born in Boston, I currently live in New York City. I am also a parent.

1984-1988: The college years, which coincided with the crack/AIDS years: mugged at gunpoint unrelentingly, mated cautiously; made films, shot photos, dropped acid, wrote articles for the school paper, performed in school plays and one film, Key Exchange; rejected by the one fiction writing course in the Harvard catalogue.

1992-1998: Moved from Moscow to New York; produced TV for ABC then NBC News; got married, had a couple of babies, won an Emmy, inexpertly juggled work and kids; loudly whined for subsidized daycare, secretly pined to be a writer.

1998-2013: Wrote bestselling Shutterbabe, followed by unpublishable drivel, followed by Between Here and April, Hell is Other Parents, and the New York Times bestselling The Red Book, which was nominated for the Women’s Prize for Fiction (formerly the Orange Prize); published essays in The New Yorker, The New York Times, The Nation, Elle, More, Slate, Paris Match, O, and others; shot photo assignments; produced and shot a documentary in Pakistan for CNN in the wake of 9/11; became a columnist for The Financial Times; performed live on stage with The Moth, Afterbirth, Six Word Memoir,and Eve Ensler’s tribute to Anita Hill; adapted Hell is Other Parents for the stage, starring Kate Burton, Sandy Duncan, Tovah Feldshuh, Julie Halston, and Rita Wolf; wrote several screenplays and a TV pilot that were never produced; watched Shutterbabe (the big and small-screen versions) languish in development hell; had another baby; lost appendix, uterus, father, Upper West Side home, bearings, socks, sanity, and several nouns; found Harlem, yoga, and occasional serenity. But not the socks. Or the whatchamacallit. Nouns.

2013-2015: The upheaval years; separated from husband and life partner of 23 years; sent the two eldest off to college; received a diagnosis of stage 0 breast cancer; got sucked into the vortex of job turmoil, twice, while single parenting the little one 24/7; seriously contemplated emigrating to Scandinavia; instead, moved across the street from the Inwood Hill Forest, the greatest city refuge no one in Manhattan has ever heard of; granted three miracles: 1) sold Shutterbabe as a TV series and was hired to co-write the pilot for NBC/Universal; 2) landed new full-time job plus three-book deal to co-create, with artist Randy Polumbo, a series of ABC books; and 3) love.