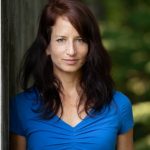 Diana Whitney writes across the genres in Vermont with a focus on feminism, motherhood, and sexuality. Her first book, Wanting It, became an indie bestseller and won the Rubery Book Award in poetry. She was the longtime poetry critic for the San Francisco Chronicle, where she featured women poets and LGBTQ+ voices in her column. Her essays, op-eds, and book reviews have appeared in The New York Times, The Washington Post, The Kenyon Review, Glamour, and many more. She won the 2015 Women’s National Book Association poetry prize and has received grants and fellowships from the Sustainable Arts Foundation, the Vermont Arts Endowment Fund, the Virginia Center for the Creative Arts and the Vermont Studio Center.

Diana holds a B.A. from Dartmouth and a M.A. from Oxford, where she was a Rhodes Scholar, and attended the Warren Wilson MFA Program for Writers. Her irreverent parenting column, Spilt Milk, was syndicated for years, ran as a public radio commentary series, and became a blog at The Huffington Post.

Diana also works as a feminist activist in her community and beyond. Her advocacy for survivors of sexual violence has been featured in the New York Times, the Boston Globe, and the Christian Science Monitor, among other press outlets.

She is represented by agent Lisa DiMona at Writers House. Her latest project is an inclusive poetry anthology for teen girls, forthcoming from Workman Publishing on March 30, 2021.

Diana read at Pen Parentis on January 13th, 2015. Follow this link to see all the books featured in Season 13. Learn more about the author at her website.