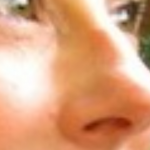 Elissa Schappell is the author of two books of fiction, Use Me, runner up for the PEN Hemingway Award, a New York Times “Notable Book” and a Los Angeles Times “Best Book of the Year”, and Blueprints for Building Better Girls, which was chosen as one of the “Best Books of the Year” by The San Francisco Chronicle, The Boston Globe, The Wall Street Journal, Newsweek and O. She is co-editor with Jenny Offill of the anthologies, The Friend Who Got Away and Money Changes Everything. Her fiction, essays, interviews and non-fiction have appeared in a number of publications including The Paris Review, The New York Times Book Review, GQ and SPIN and anthologies such as, The Mrs. Dalloway Reader, In Their Lives, Lit Riffs and Here She Comes. She is a Contributing Editor at Vanity Fair (formerly the Hot Type book columnist) a one time Senior Editor of The Paris Review and a Founding-editor and Editor-at-Large of Tin House. She teaches in the MFA Fiction Writing Program at Columbia and the low-residency MFA program at Queens in Charlotte, NC. She lives in Brooklyn and is also a parent.

Elissa read at Pen Parentis on February 11th, 2014. Follow this link to see all the books featured in Season 11. Learn more about the author at her website.