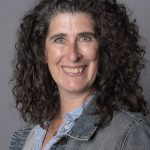 Heather Campbell writes about real life. Her observations and positive offerings have inspired people to give themselves a break as they figure out how to make themselves happy and healthy, while also encouraging huge leaps of incredible actions. Leaving NYC during Covid and taking refuge in the Berkshires in Western Mass has added a new dimension to her observations; it’s quiet uptown (driving north for 3 hours makes it really, really far uptown). But she promised her 16 and 13-year old daughters she’d keep them as connected as possible to where they grew up in Greenwich Village, so she’s often back gathering new material.

She’s currently writing a book that gives people another option rather than obsessing on being the GOAT (Greatest Of All Time) and building only Unicorns (startups with a value of over $1 billion). And when it’s written, the world will be a better place! No pressure.

She thanks Pen Parentis for the encouragement and framework to push her to write and the reminders to enjoy the ride while it’s being written.