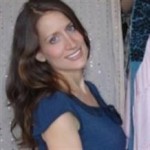 I write Short Stories, Novels, Creative Nonfiction, Memoir.
I currently live in Brooklyn. I am also a parent.

Heather Kristin is a New York-born and based memoirist, novelist, playwright, violinist, composer, ex-actress, former subway performer, and new mom. She recently appeared on Oprah’s Lifeclass and has an essay in the anthology LIVE AND LET LOVE (2011, Simon and Schuster) which was featured on Good Morning America. Before graduating from the New School and attending the Royal Academy of Dramatic Arts in London, Heather worked at an amusement park, on a reality show, as a music teacher, a Park Avenue nanny, a cocktail waitress, and got fired from too many restaurants to list. On the other hand, a short while back, she was honored by the State of New Jersey General Assembly for her dedication on women’s issues. Heather has written about spending most of her twenties as Kristin Davis stand-in on SEX AND THE CITY, youth culture in Russia, and home-schooling for various publications including Glamour, Slate, St. Petersburg Times, Narrative, Smith, New York Press, and West Side Spirit. Heather is currently writing a memoir about singing at Studio 54, playing the violin on street corners, auditioning for Pee-Wee Herman, being home-schooled and homeless all before age eleven. Her second memoir is about surviving Bob Jones University, a reality show, Sex and the City, and marrying at a chateau in France. Both books will celebrate love and the city in times of change. This will be Heather’s fifth year as a mentor at Girls Write Now, a non-profit that matches at-risk teens with professional woman writers. She lives in Brooklyn with her husband and daughter, Daisy.