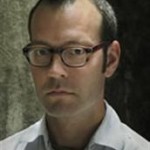 I write Novels.
I currently live in Brooklyn. I am also a parent.

Jeffrey Rotter has written for numerous publications, including The New York Times, Spin magazine, ESPN, McSweeney’s, The Literary Review and The New York Observer. In 2006 he completed his MFA in fiction at Hunter College, where he studied under Peter Carey, Colson Whitehead, Colum McCann, and Andrew Sean Greer. At Hunter he was awarded a Hertog Fellowship to perform research for Jennifer Egan. A longtime Brooklyn resident, he lives with his wife and their small boy, Felix.

His first novel, The Unknown Knowns, was published by Scribner on March 17, 2009, to critical acclaim.

His second novel, The Only Words That Are Worth Remembering, came out in 2015 from Metropolitan Books.