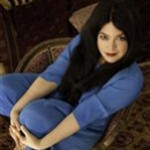 I write Novels. I am also a parent.
I currently live in NYC.

Jennifer Belle burst onto the literary scene with her critically-acclaimed debut novel Going Down, which was translated into many languages and optioned for the screen, first by Madonna, for whom she wrote the screenplay, and currently by Das Films. Belle was named Best New Novelist by Entertainment Weekly, profiled in New York Magazine and People, and compared to Dorothy Parker, Lorrie Moore, and J.D. Salinger. Her second equally-praised novel, the national bestseller High Maintenance, took on the cutthroat world of Manhattan real estate, and was also optioned for film and television. The Orange Prize for Fiction named her one of twenty-one young women authors to watch in the twenty-first century. In 2007, Belle published her third novel Little Stalker, another sharp and funny look at life in New York City.  Jennifer Belle read at Pen Parentis from her latest novel, The Seven Year Bitch.

Belle is also the author of Animal Stackers, a picture book for children illustrated by David McPhail, and her essays and stories have appeared in The New York Times Magazine, The New York Observer, The Independent Magazine (London),Cosmopolitan, Ms., Harper’s Bazar, Black Book, Mudfish, and several anthologies. She leads writing workshops in her home in Greenwich Village, where she lives with her husband, two sons, and dog.