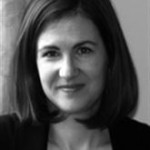 I write Short Stories, Novels, Creative Nonfiction.
I was born in Berkeley, CA, grew up in Ann Arbor, MI and currently live in New York. I am also a parent.

After graduating from Yale, JESSICA FRANCIS KANE worked in publishing in New York City and Washington, D.C. Her first short story collection, Bending Heaven, was published in the US (Counterpoint, 2002) and the UK (Chatto & Windus, 2003). Awards and honors for her work include the Lawrence Foundation Prize from the Michigan Quarterly Review, fellowships from the MacDowell Colony and the Virginia Center for the Creative Arts, and Special Mention in the Pushcart Prize Anthology. Her stories have been presented on BBC Radio 4 and published many places, including Virginia Quarterly Review, The Missouri Review,McSweeney’s, The Yale Review, A Public Space, Narrative, and Granta. Her essays and humor pieces have appeared in Salon, McSweeney’s Internet Tendency, and The Morning News, where she is a contributing writer.

Her first novel, The Report, was published by Graywolf Press in September 2010 and was a finalist for the Center for Fiction’s Flaherty-Dunnan First Novel Prize, the Indie Booksellers’ Choice Award, and the Grub Street Book Prize for Fiction. It was also a Barnes & Noble Discover Great New Writers selection. The Report was published in the UK by Portobello Books in March 2011 and was chosen as a Best Reads 2012 for the Channel 4 TV Book Club.

Stage and film rights for The Report have been optioned.

A new short story collection, This Close, was published on March 5, 2013, by Graywolf Press. It was long-listed for the Frank O’Connor International Short Story Award and The Story Prize, and was named a best book of 2013 by NPR and Flavorwire.

Kane lives in New York City with her husband and their son and daughter.