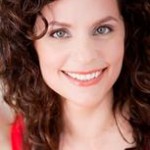 I write Novels, Creative Nonfiction.
I currently live in New York City. I am also a parent.

JESSICA MARIA TUCCELLI is a writer, filmmaker, and women’s welfare advocate. Her debut novel, Glow (Viking 2012), was named a Southern Independent Booksellers Alliance Okra Pick, its highest honor. In film, JESSICA’s lighting finesse can be seen in over 100 commercials, film shorts, and documentaries, most notably the Emmy Award-winning How Do You Spell God? (HBO), Sesame Street (PBS), The American Experience (PBS), and Zoom (WBGH). JESSICA’s commitment to women’s empowerment began as leader of the Association of Women Students at MIT and continues today with her involvement with Women for Women International, a philanthropic organization dedicated to helping women in war torn regions rebuild their lives. Jessica travels the globe, where she finds inspirations for her stories. When not abroad, she is a writer-in-residence at the Brooklyn PowderKeg.