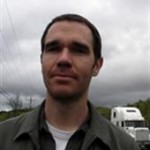 I write Horror, YA, Children’s Books, Other.
I currently live in Brooklyn. I am also a parent.

I wrote the popular series of chapter books for young readers, CLEMENCY POGUE, published by Simon & Schuster. FAIRY KILLER, along with its sequel, THE HOBGOBLIN PROXY, were optioned for film adaptation by the Jim Henson Company. Also a screenwriter and director of movies, my first feature film, SOFT FOR DIGGING, was selected for the 2001 Sundance Film Festival, and went on to dozens of festivals world-wide. My most recent film THE BURROWERS, is a monster western (Lionsgate, 2009).   I’ve been writing for videogames since 1999, and a co-creator of the game SPLINTER CELL, a best-selling franchise which earned a Game Developer’s Choice Award. My most recent videogame work was on the adaptation of John Favreau’s IRON MAN. I’m married to literary horror writer Sarah Langan, and we live in Brooklyn with our daughter.