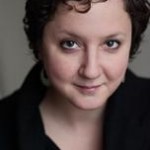 I write Novels, Creative Nonfiction, Memoir.
Originally from Huntington, NY , I currently live in Brooklyn, NY. I am also a parent.

Julia Fierro’s debut novel, CUTTING TEETH, about the complicated and often comical experience of contemporary parenting, will be published by St. Martin’s Press in the spring of 2014.
An excerpt from the novel was recently published in Guernica Magazine.

She founded The Sackett Writers’ Workshop in 2002.
What started as eight writers meeting in Julia’s cramped kitchen has grown into a creative home for over 1700 NYC short-story writers, novelists, memoirists and essayists.

Julia is a graduate of The Iowa Writers’ Workshop, where she was a Teaching-Writing Fellow. She has taught Literature and Creative Writing in the Honors Program at Hofstra University and at the University of Iowa.

She is represented by literary agent Maria Massie of Lippincott,Massie & McQuilkin.

Naming the World: And Other Exercises for the Creative Writer (Random House), edited by Bret Anthony Johnston.