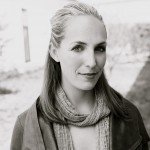 I write Novels, Nonfiction and Essays.
I recently left Singapore to live in San Francisco. I am also a parent.

Kaitlin Solimine is the author of debut novel Empire of Glass and co-founder of Hippo Reads.

Raised in New England, Kaitlin Solimine has considered China a second home for almost two decades. While majoring in East Asian Studies at Harvard University, she was a Harvard-Yenching scholar and wrote and edited Let’s Go: China (St. Martin’s Press).

In 2006-2007, she was a U.S. Department of State Fulbright Creative Arts Fellow in China where she began work on her novel, Empire of Glass. She was the Donald E. Axinn Scholar in Fiction at the Bread Loaf Writers’ Conference (2010) and graduated from the MFA program in writing at UC-San Diego (2011). She is the 2012 recipient of the Dzanc Books/Disquiet International Literary Program award and has been a resident at the Vermont Studio Center. Empire of Glass has been shortlisted for the 2017 Center For Fiction’s First Novel Prize.

Buy Empire of Glass through this link and Amazon Foundation will make a donation to Pen Parentis.

Her non-fiction work centers around environmental and sustainability issues, travel and exploration, expatriate culture, and US-China relations. In 2016, she won a San Francisco Grotto Fellowship, led a Q&A event for LitQuake SF, and in 2017 she was School Year Abroad’s featured alum of the month. She speaks Mandarin to her infant daughter.