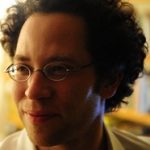 Marco Roth was raised amid the vanished liberal culture of Manhattan’s Upper West Side. After studying comparative literature at Columbia and Yale, he helped found the magazine n+1, in 2004. Recipient of the 2011 Shattuck prize for literary criticism, he lives in Philadelphia. He is also a parent. The Scientists is his first book.