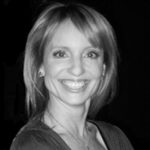 A four-time Emmy award–winning TV producer, Mary Ann has worked at NBC news for 16 years.  She has traveled the world with her job. Turkey, Peru, Costa Rica, India, Qatar, Bahrain, Hong Kong, South Africa and Argentina are just a few of the countries in which she has worked. She grew up in Tulsa, Oklahoma with her seven brothers and one sister. She graduated from George Washington University in Washington, DC. While in college she worked for CNN’s Larry King Live, lived in Spain for a year, and then moved to New York for a job at MSNBC.  She has been a producer at Today for 13 years.  She volunteers as an Events Advisor for the Women’s Network @NBCUniversal, which focuses on women helping women in the corporate world.  Her first book, “Today’s Moms:  Essentials for Surviving Baby’s First Year” was published by Harper Collins in 2009.  Her second book, “Sh*tty Mom:  The Parenting Guide for the Rest of Us” is a New York Times bestseller and was published by Abrams in 2012.  Look out for a follow-up, “Sh*tty Mom For All Seasons:  Half-@ssing It All Year Long,” due April 2016.  She lives in New York City with her husband and two daughters.

Mary read at Pen Parentis on May 13th 2010. Follow this link to see all the books featured in Season 3. Learn more about the author at her website.