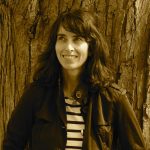 Sarah Shey–a writer and parent–was raised on a farm in Iowa. Her childhood was filled with collies, cats and cows. The family’s horses only took her father seriously. Shey’s work has appeared in several publications, including the New York Times, This Old House Magazine, the Philadelphia Inquirer, and in several anthologies, including The Cassoulet Saved out Marriage: True Tales of Food, Family and How We Learn To Eat  (Roost 2013). Sky All Around and Blue Lake Days, two children’s books, were inspired by the lakes and farms of her childhood (Trafford Publishing, 2005, 2006). Look for her books at libraries, independent booksellers and from her directly.

Read to you children. Let your children read to you.

Sarah read at Pen Parentis on November 12th, 2013. Follow this link to see all the books featured in Season 10. Learn more about the author at her website.