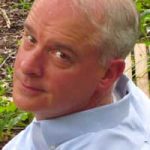 Stephen Stark is the author of the novels Second Son and The Outskirts. Second Son was a New York Times Book Review Notable Book of the year, and a Barnes & Noble Discover New Writers pick. He is also a bestselling ghostwriter. His essays, short stories, and criticism have appeared in The New Yorker, Poets & Writers, The Washington Post and the New York Times Book Review, among other journals. Honors include fellowships from the National Endowment for the Arts and Bread Loaf, where he has also taught. He has taught and worked in the administration of the creative writing program at the University of Houston. Stark currently lives in Virginia and is a graduate of George Mason University and the writing program at Hollins University. He is also a parent.

Stephen read at Pen Parentis on February 14th, 2012. Follow this link to see all the books featured in Season 7. Learn more about the author at his website.