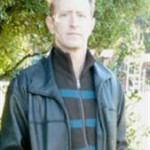 I write Novels, Creative Nonfiction .
I currently live in Chicago. I am also a parent.

Whitney Terrell is the author of The Huntsman, a New York Times notable book and The King of Kings County, which was selected as a best book of 2005 by the Christian Science Monitor. He was named one of 20 “writers to watch” by members of the National Book Critics Circle. In 2006 he embedded with the 22nd infantry in Baghdad, and he is working on a novel using the experience as source material. He is father to two sons and along with his wife, a professor of French Literature, has no idea what they were thinking when they decided to have children in their late 30s. Or, as the case seems to be now, in their early 40’s.