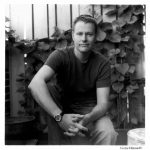 Will Allison was born in Columbia, South Carolina, raised in the Carolinas and Ohio, and now lives with his family outside New York City in South Orange, New Jersey. (The background images on his website are from antique postcards of South Orange.)

Since 2011, he’s served as a contributing editor at the award-winning, Brooklyn-based literary magazine One Story. He also teaches at One Story‘s summer conference and created a series of One Story online classes called Become Your Own Best Editor. Previously he was executive editor of Story and editor-at-large of Zoetrope: All-Story.

Will has taught creative writing in the MFA program at Columbia University and at The Ohio State University, Butler University, Indiana University-Purdue University at Indianapolis, and at the One Story summer writers conference in Brooklyn. He’s also served as a visiting editor at the Bread Loaf Writers’ Conference,  The Community of Writers, and other conferences.

Will is the grateful recipient of grants, fellowships, and scholarships from the Indiana Arts Commission, Arts Council of Indianapolis, Ohio Arts Council, The New Jersey State Council on the Arts, and the Bread Loaf Writers’ Cconference (including a 1996 work-study scholarship and the 2008 Allan Collins Fellowship in Fiction).

Will read at Pen Parentis on September 10th, 2013. Follow this link to see all the books featured in Season 10. Learn more about the author at his website.